The Sorbonne in the Modern Era 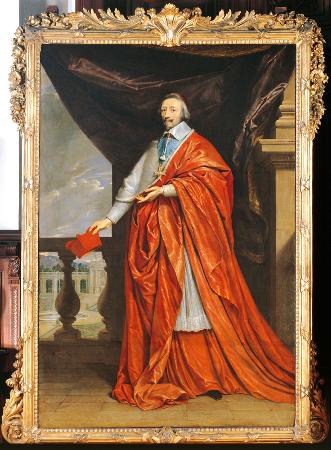 During the Renaissance, it was common practise for the prestigious Collège de la Sorbonne to be called the Faculté de Théologie de Paris despite the fact that only one third of the theologians that were trained in Paris belonged to this college. As a result of this confusion, the institution was often given a very conservative image that was the object of much mockery by the famous 16th century writer François Rabelais. But the Sorbonne remained one of the major centres of the spreading of knowledge and ideas in Europe.

It was also here that people debated and intellectual controversies abounded. Finally, it must also be said that the university corporate bodies had authority in all fields of society. Kings, bishops, judges and private individuals consulted the members of the eminent university who played, in this way, an important role in the life of the kingdom and in that of Christendom.

More than anything else, the Sorbonne guaranteed a first-rate intellectual education that was recognised by the highest authorities of the state. It became a real breeding ground for careers by giving students the possibility to take on important tasks in the modern state, which was in the process of being built.

At the beginning of the 17th century, the Collège de Sorbonne was a disparate group of buildings situated along the Rue de la Sorbonne between the Cloître Saint-Benoît (Saint Benedict’s Cloister) to the north and the Collège de Calvi to the south. In the end, it was Armand-Jean du Plessis who provided the institution with a unified set of buildings worthy of its reputation. A student at the Sorbonne in 1606-1607, du Plessis, the future Cardinal Richelieu, became its principal in 1622. At his instigation, the Sorbonne was gradually renovated, decorated and extended in accordance with its eminent patron’s designs. Going on the plans of the architect Jacques Lemercier, the old college and medieval chapel were razed to the ground to make room for a courtyard and a square. A new library was built and decorated in 1647 by Sanson Letellier. Finally, a new, vast chapel was completed six years after the death of Cardinal Richelieu and became his mausoleum.

Deeply marked by the Jansenist quarrel at the beginning of the 18th century, the Sorbonne allied itself with the Parliament of Paris to oppose the arbitrary nature of royal and papal rule. In the end, however, the university was obliged to submit to the absolute power that held firm control over it.

During the Age of the Enlightenment, the Sorbonne was profoundly influenced by the progress in science and by philosophical thought. Some great reformers held positions here, like Jacques Turgot, who was prior of the Sorbonne before becoming minister under Louis XVI. The University of Paris also went through a process of secularisation throughout the whole century.

So it was a university community undergoing massive changes that viewed the revolutionary process in a favourable light. However, most of the members of the Société de Sorbonne – especially the theologians – refused the Civil Constitution of the Clergy. In 1791, the students were no longer allowed access to the buildings. One of the consequences of the Le Chapelier Law that banned corporations was that the Société de Sorbonne was disbanded, just like the universities of Paris and the provinces. In 1794, the chapel was turned into a temple to the Goddess of Reason and then, under the Consulate and Empire regimes, into artists’ studios.