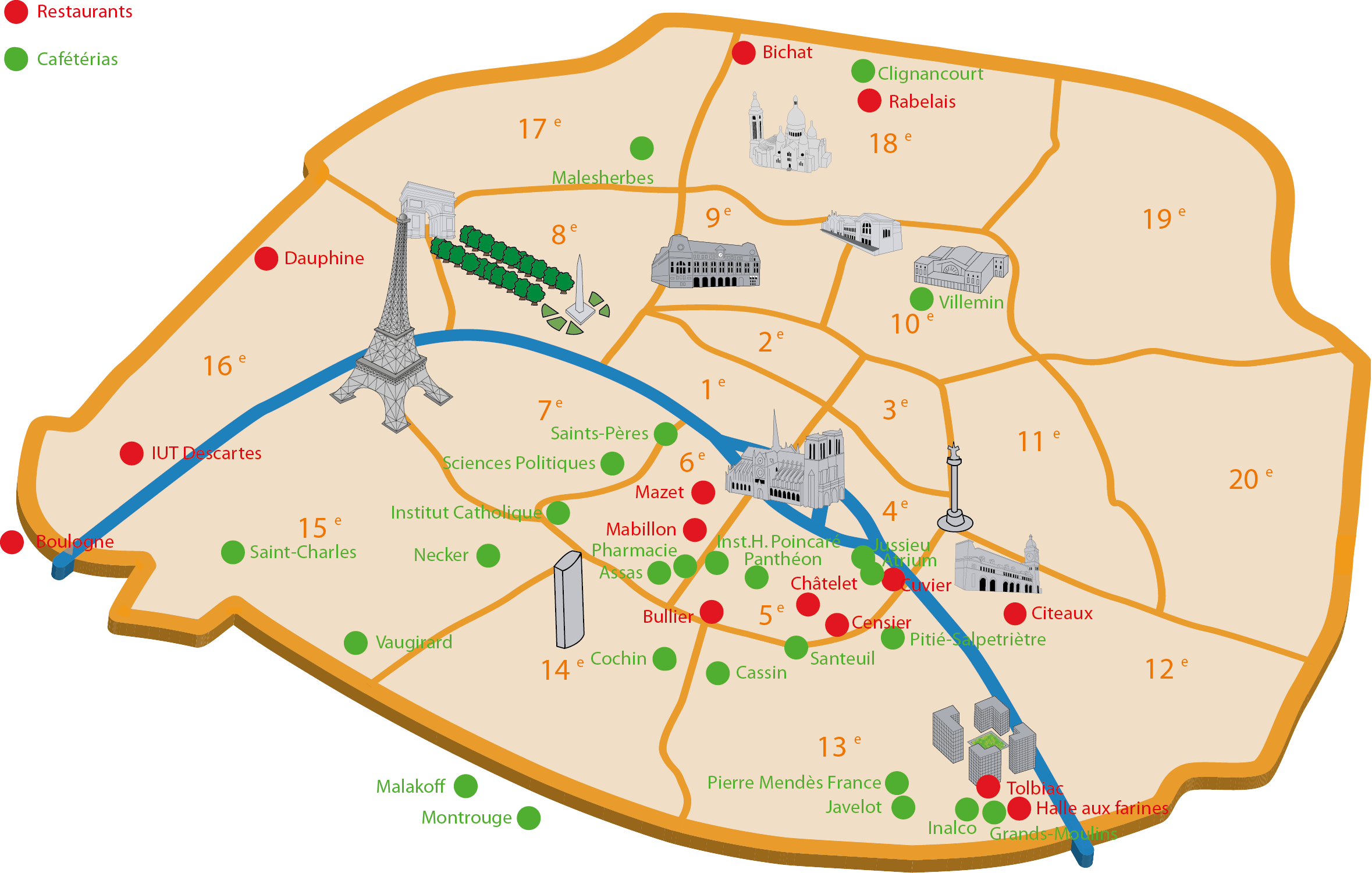 CROUS Paris (students’ welfare office) is a public establishment under the supervision of the Ministry of Education, Higher Education and Research. Its mission is to contribute to improving students’ living and working conditions in the Académie de Paris.

Serving the cause of the national equal opportunities policy

CROUS Paris acts as a state operator at the service of students enroled in Parisian higher education establishments. Its action falls within the scope of the interministerial “Research and Higher Education” mission and the “Student Life” programme set out in the LOLF (Loi organique relative aux lois de finances, organic law relating to financial laws).

In accordance with the LOLF rules, CROUS Paris has defined objectives and indicators that are representative of its action in an annual performance project

CROUS Paris is part of a national network of 28 regional CROUS under the aegis of the CNOUS (the national centre that administers all students’ welfare offices in France). CROUS Paris is performance-driven, and that echoes the collective commitment of all students’ welfare offices in France, which is formalised in a contract of agreed objectives concluded with the Ministry of Education.

CROUS Paris favours a general approach to student life. It works in collaboration with all those concerned with student life: Parisian universities, Grandes Ecoles, the Ile-de-France Region and the City of Paris. Students are also associated with the establishment’s activities and political decision-making.

With a 88m-euro budget, not including higher education scholarships, the CROUS covers the whole of the Academy of Paris.

Its services (catering to 330,000 students in the Academy) are present on numerous sites:

To carry out its mission, CROUS Paris has a work-force of more than 700 administrative and technical staff.

Map of the restaurants